Answerphone is a third generation family business, with a fourth generation on the way.

We trace our beginnings back nearly 100 years, when [Sherry’s grandmother] Edith Selden started an answering service, as a young mother, in downtown Albany, NY during the 1920’s. Edith was a pioneer in the early days when the answering service industry was still getting started, and she just as notably owned, operated and grew her own business several decades before the term ‘women’s liberation’ was invented.

Edith’s business persevered through the dramatic changes brought about by the Great Depression and the War Years. Our knowledge today of Answerphone’s beginnings is sketchy, as few records from those early days survive. During her tenure, Edith moved the business several times, sold the business and bought it back (twice), was constantly fiddling with the company name, and grew Answerphone from a handful of customers and two telephones in her living room, to several hundred customers and three of the old-style Western Electric cord-boards (just like those seen in old movies).

Answerphone finally settled at 167 Chestnut Street in the 1950’s, where it was formally incorporated in 1967, and it stayed there for the next 30 years.

Grandma Selden retired in 1985, at the ripe old age of 84, selling out to her granddaughter Sherry, and Sherry’s business partner Bill. The business had been in decline for several years, due to a changing telecommunications environment that Edith had been slow to adapt to. Sherry and Bill stabilized the operation, bought four next-generation cord-boards, and Answerphone tripled in size in a few years.

Doug entered the picture in 1992, when his employer was shopping for an answering service. Captivated by Answerphone’s ‘Can-Do’ attitude, he became a customer, but later decided it would be cheaper to just marry the boss. The rest, as they say, is history.

By 1996, it was apparent that our beloved cord-boards were outmoded. We’d also outgrown our historic townhouse in Albany’s Center Square District, so in April 1997 we completely re-equipped with the best new computerized equipment we could find, and moved to our current, much larger quarters in nearby Colonie, NY.

We think of 1997 as the year that Answerphone became ‘A Better AnswerSM’, and since then we’ve done our best to meet new challenges, keep our operations sharp, and stay up-to-date on new technologies. Perhaps as a result, since 1997 we’ve since grown nearly ten-fold in size.

Much has changed since our humble beginnings, and the rate of change in the world around us seems to be accelerating. But some things have remained the same.

Grandma Selden started out with the idea that if she focused on quality service and took care of her customers, her business would prosper. Nearly 100 years later, we still share her commitment to those principles today.

We look forward to helping your organization with YOUR contact center needs, and sharing the NEXT 100 years of history together. 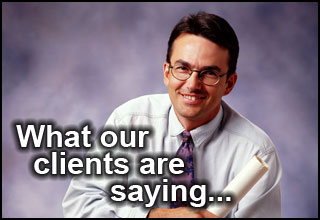 ''Thank you to all of you who worked with me on Christmas Eve. It was a very busy day and your patience and positive outlooks made it a more than tolerable time for me. It had the potential to be an awful day and you all made sure that didn't happen.'' Debbie Manginelli CDPHP Click HERE to read more testimonials. 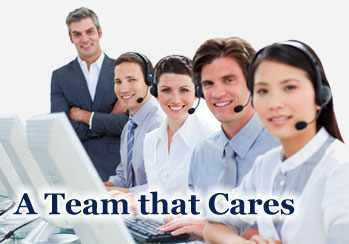